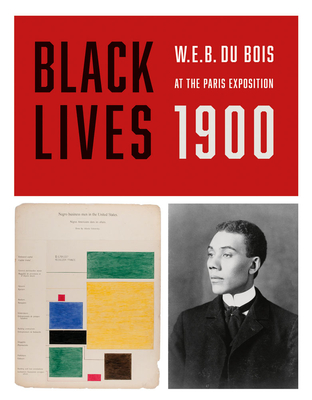 How W.E.B. Du Bois combined photographs and infographics to communicate the everyday realities of Black lives and the inequities of race in America

At the 1900 Paris Exposition the pioneering sociologist and activist W.E.B. Du Bois presented an exhibit representing the progress of African Americans since the abolition of slavery. In striking graphic visualisations and photographs (taken by mostly anonymous photographers) he showed the changing status of a newly emancipated people across America and specifically in Georgia, the state with the largest Black population. This beautifully designed book reproduces the photographs alongside the revolutionary graphic works for the first time, and includes a marvelous essay by two celebrated art historians, Jacqueline Francis and Stephen G. Hall.

Du Bois' hand-drawn charts, maps and graphs represented the achievements and economic conditions of African Americans in radically inventive forms, long before such data visualization was commonly used in social research. Their clarity and simplicity seems to anticipate the abstract art of the Russian constructivists and other modernist painters to come. The photographs were drawn from African American communities across the United States. Both the photographers and subjects are mostly anonymous. They show people engaged in various occupations or posing formally for group and studio portraits. Elegant and dignified, they refute the degrading stereotypes of Black people then prevalent in white America. Du Bois' exhibit at the Paris Exposition continues to resonate as a powerful affirmation of the equal rights of Black Americans to lives of freedom and fulfilment. Black Lives 1900 captures this singular work. American sociologist, historian, author, editor and activist W.E.B. Du Bois (1868-1963) was the most influential Black civil rights activist of the first half of the 20th century. He was a protagonist in the founding of the National Association for the Advancement of Colored People (NAACP) in 1909, and his 1903 bookThe Souls of Black Folk remains a classic and a landmark of African American literature.