A Black Man in the White House: Barack Obama and the Triggering of America's Racial-Aversion Crisis (Paperback) 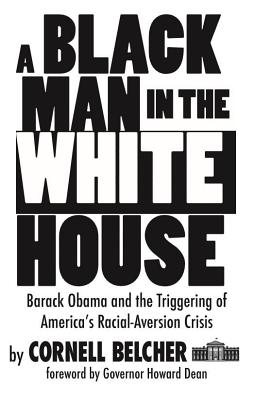 In this book Cornell Belcher, award-winning pollster who twice served on President Barack Obama's presidential election team, presents stunning new research that illuminates just how deep and jagged these racial fault lines continue to be. He has surveyed battleground voters from 2008 through the 2016 primary season tracking racial aversion and its impact over the course of the Obama presidency. Given the heightened racial aversion as a consequence of the first non-white male living in the White House, the rise of Trump was a predictable backlash. The election of the nation's first Black president does not mean that we live in a post-racial society; it means that we are now at a critical historical tipping point demographically and culturally in America--and this tipping point is indeed the wolf at the door for many anxious white Americans who are now politically behaving accordingly given this perceived threat.

The panicked response of the waning white majority to what they perceive as the catastrophe of a Black president can be heard in every cry to "take back our country." This panic has resulted in the elevation of an overt and unapologetic racist as the nominee of one of America's major political parties.