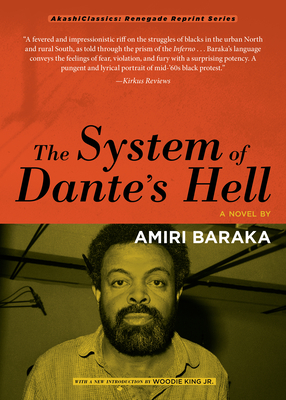 Much of the novel is an expression of the intellectual and moral lost motion of the age...the special agony of the American Negro.
--New York Times Book Review A fevered and impressionistic riff on the struggles of blacks in the urban North and rural South, as told through the prism of The Inferno....Other writers addressed race more directly, but for all its linguistic slipperiness, Baraka's language conveys the feelings of fear, violation, and fury with a surprising potency. A pungent and lyrical portrait of mid-'60s black protest.
--Kirkus Reviews With a new introduction by Woodie King Jr. This 1965 novel is a remarkable narrative of childhood and youth, structured on the themes of Dante's Inferno: violence, incontinence, fraud, treachery. With a poet's skill Baraka creates the atmosphere of hell, and with dramatic power he reconstructs the brutality of the black slums of Newark, a small Southern town, and New York City. The episodes contained within the novel represent both states of mind and states of the soul--lyrical, fragmentary, and allusive.

Amiri Baraka/LeRoi Jones (1934-2014) was the author of numerous books of poetry, fiction, and nonfiction. He was named poet laureate of New Jersey by the New Jersey Commission for the Humanities, from 2002-2004. His short story collection Tales of the Out & the Gone (Akashic Books) was a New York Times Editors' Choice and won a 2008 PEN/Beyond Margins Award. He is also the author of Home: Social Essays, Black Music, and Tales, among other works.