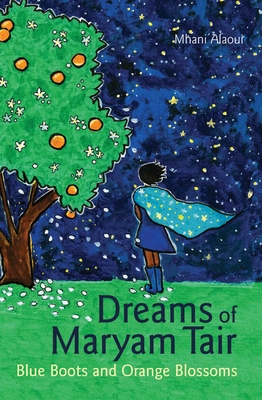 An exciting debut and a wonderful work of magical realism. Outside of time, the legendary storyteller and queen Sheherazade tells a little girl a story that has happened and is yet to happen, the rebirth of a story ancient and forgotten. Dreams of Maryam Tair: Blue Boots and Orange Blossoms brings readers to a Casablanca of myth and metaphor; curses and student revolts; and of witches, demons, djinns, and bureaucrats. Long after Biblical Adam set aside forgotten first-wife Lilith for Eve, star-crossed highborn Leila and scholar Adam catch the attention of the demons during Casablanca's 1981 Bread Riots, and are disappeared. Months later--after centuries in the demons' lair--Adam and Leila reunite at her parents' once grand and now cursed house as shadows of themselves. But Leila returns from her ordeal pregnant with a special, singular child, one who draws out magical beings and has the power to change everything. A daughter she named Maryam, born with the scent of orange blossoms and a body filled with pain. Seamlessly interweaving a sprawling, multi-generational family tale with ancient creation stories, Mhani Alaoui's cyclical half-myth half-reality story celebrates the radical power of disobedience.