The Sport of the Gods (Dodo Press) (Paperback) 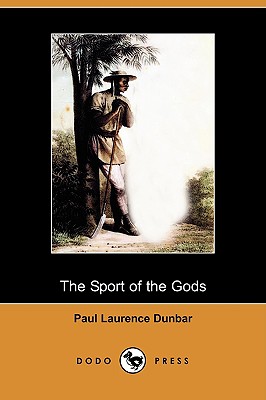 Paul Laurence Dunbar (1872-1906) was a seminal American poet of the late 19th and early 20th centuries. His first collection of poetry, Oak and Ivy, was published in 1892 and attracted the attention of James Whitcomb Riley, the popular "Hoosier Poet". His second book, Majors and Minors (1895) brought him national fame and the patronage of William Dean Howells, the novelist and critic and editor of Harper's Weekly. He gained national recognition for his 1896 Lyrics of a Lowly Life, one poem in the collection being Ode to Ethiopia. He wrote a dozen books of poetry, four books of short stories, five novels, and a play. His essays and poems were published widely in the leading journals of the day. His work appeared in Harper's Weekly, the Saturday Evening Post, the Denver Post, Current Literature and a number of other publications. Dunbar's work is known for its colourful language and use of dialect, and a conversational tone, with a brilliant rhetorical structure. Amongst his other works are: The Uncalled (1896), The Strength of Gideon and Other Stories (1900), The Sport of the Gods (1902) and The Heart of Happy Hollow (1904).