My Escape from Slavery, and Reconstruction (Dodo Press) (Paperback) 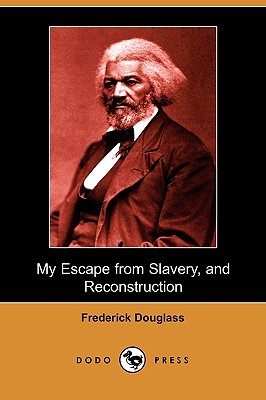 Frederick Douglass (born Frederick Augustus Washington Bailey, 1818-1895) was an African- American, born into slavery, who became an editor, orator, author, publisher, statesman and reformer. Douglass was among the most prominent African-Americans of his time, and one of the most influential lecturers and authors in American history. His most well-known work is his first autobiography, Narrative of the Life of Frederick Douglass, an American Slave (1845). Critics frequently attacked the book as inauthentic, not believing that a black man could have produced so eloquent a piece of literature. It was an immediate bestseller. He went on to write a second autobiography; My Bondage and My Freedom (1855), his most accomplished account of his life on literary and philosophical terms.