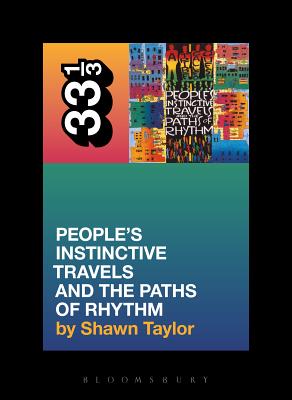 One of the finest hip-hop albums ever made, A Tribe Called Quest's debut record (featuring stone-cold classics like Can I Kick It? and Bonita Applebum) took the idea of the boasting hip-hop male and turned it on its head. For many listeners, when this non-traditional, surprisingly feminine album was released, it was like hearing an entirely new form of music.

In this book, Shawn Taylor explores the creation of the album as well as the impact it had on him at the time - a 17-year-old high-school geek who was equally into hip-hop, punk, new wave, skateboarding, and Dungeons & Dragons: all of a sudden, with this one album, the world made more sense. He has spent many years investigating this album, from the packaging to the song placement to each and every sample - Shawn Taylor knows this record like he knows his tattoos, and he's finally been able to write a fascinating and highly entertaining book about it.

Shawn Taylor is the author of the book Big Black Penis: Misadventures in Race and Masculinity. He conducts lectures on cultural issues at high schools and colleges up and down the West Coast. He lives in California.