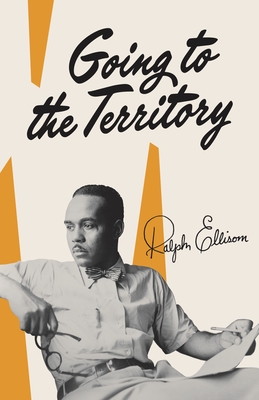 The work of one of the most formidable figures in American intellectual life."

The seventeen essays collected in this volume prove that Ralph Ellison was not only one of America's most dazzlingly innovative novelists but perhaps also our most perceptive and iconoclastic commentator on matters of literature, culture, and race. In Going to the Territory, Ellison provides us with dramatically fresh readings of William Faulkner and Richard Wright, along with new perspectives on the music of Duke Ellington and the art of Romare Bearden. He analyzes the subversive quality of black laughter, the mythic underpinnings of his masterpiece Invisible Man, and the extent to which America's national identity rests on the contributions of African Americans. Erudite, humane, and resounding with humor and common sense, the result is essential Ellison.

Ralph Ellison (1914–1994) was born in Oklahoma and trained as a musician at Tuskegee Institute from 1933 to 1936, at which time a visit to New York and a meeting with Richard Wright led to his first attempts at fiction. Invisible Man won the National Book Award. Appointed to the Academy of American Arts and Letters in 1964, Ellison taught at several institutions, including Bard College, the University of Chicago, and New York University, where he was Albert Schweitzer Professor of Humanities.