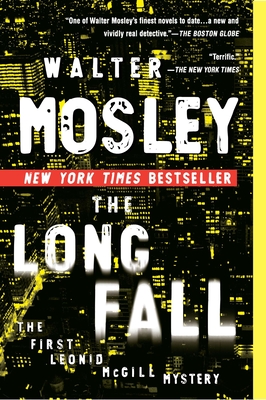 “Walter Mosley introduces a new character, Leonid McGill, a private detective who is attempting to do penance. But the true star of Mosley's novel is New York City, as the author brings alive all the glitter, corruption, diversity, and substance that comprise our greatest city.”
— Bill Cusumano, Nicola's Books, Ann Arbor, MI

Leonid McGill is an ex-boxer and a hard drinker looking to clean up his act. He's an old-school P.I. working a New York City that's gotten a little too fancy all around him. But it's still full of dirty secrets, and as McGill unearths them, his commitment to the straight and narrow is going to be tested to the limit...

Walter Mosley is one of America’s most celebrated, beloved, and bestselling writers. His books have been translated into at least twenty-one languages, and have won numerous awards. Born in Los Angeles, Mosley lives in New York City.