The Enigma of Arrival (Paperback) 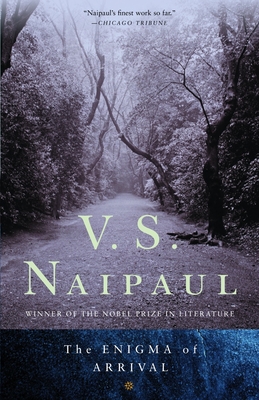 The story of a writer's singular journey—from one place to another, from the British colony of Trinidad to the ancient countryside of England, and from one state of mind to another—this is perhaps Naipaul's most autobiographical work. Yet it is also woven through with remarkable invention to make it a rich and complex novel.

"Far and away the most curious novel I've read in a long time, and maybe the most hypnotic book I've ever read." —St. Petersburg Times

"The conclusion is both heart-breaking and bracing: the only antidote to destruction—of dreams, of reality—is remembering. As eloquently as anyone now writing, Naipaul remembers." —Time

"V.S. Naipaul is a man who can inspire readers to follow him through the Slough of Despond and beyond.... Like a computer game [this book] leads the reader on by a series of clues, nearer and nearer to an understanding of the man and the writer. Few memoirs can claim as much." —Newsday