The Best of Simple: Stories (Paperback) 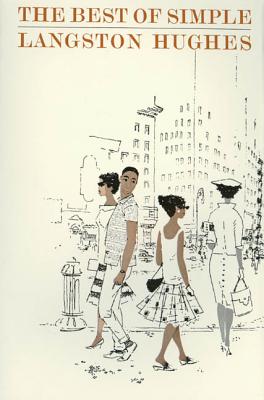 Langston Hughes's stories about Jesse B. Semple--first composed for a weekly column in the Chicago Defender and then collected in Simple Speaks His Mind, Simple Takes a Wife, and Simple Stakes a Claim--have been read and loved by hundreds of thousands of readers. In The Best of Simple, the author picked his favorites from these earlier volumes, stories that not only have proved popular but are now part of a great and growing literary tradition.

Simple might be considered an Everyman for black Americans. Hughes himself wrote: "...these tales are about a great many people--although they are stories about no specific persons as such. But it is impossible to live in Harlem and not know at least a hundred Simples, fifty Joyces, twenty-five Zaritas, and several Cousin Minnies--or reasonable facsimiles thereof."

As Arnold Rampersad has written, Simple is "one of the most memorable and winning characters in the annals of American literature, justly regarded as one of Hughes's most inspired creations."

Langston Hughes was born in Joplin, Missouri, went to Cleveland, Ohio, lived for a number of years in Chicago, and long resided in New York City's Harlem. He graduated form Lincoln University in 1929 and was awarded an honorary Litt. D. in 1943. He was perhaps best known as a poet and the creator of Simple, but he also wrote novels, biography, history, plays (several of them Broadway hits), and children's books, and he edited several anthologies. Mr. Hughes died in 1967.

Langston Hughes (1902-67) was born in Joplin, Missouri, was educated at Lincoln University, and lived for most of his life in New York City. He is best known as a poet, but he also wrote novels, biography, history, plays, and children's books. Among his works are two volumes of memoirs, The Big Sea and I Wonder as I Wander, and two collections of Simple stories, The Best of Simple and The Return of Simple.