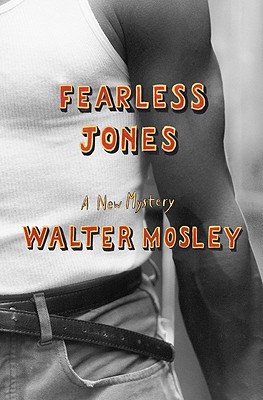 Mosley returns to mysteries at last with his most engaging hero since Easy Rawlins. When Paris Minton meets a beautiful new woman, before he knows it he has been beaten up, slept with, shot at, robbed, and his bookstore burned to the ground. He's in so much trouble he has no choice but to get his friend, Fearless Jones, out of jail to help him.

Walter Mosley is one of America's most celebrated and beloved writers. A Grand Master of the Mystery Writers of America, he has won numerous awards, including the Anisfield-Wolf Award, a Grammy, a PEN USA's Lifetime Achievement Award, and several NAACP Image Awards. His books have been translated into more than twenty languages. His short fiction has appeared in a wide array of publications, including The New Yorker, GQ, Esquire, Los Angeles Times Magazine, and Playboy, and his nonfiction has been published in The New York Times Book Review, The New York Times Magazine, Newsweek, and The Nation. He is the author of Down the River unto the Sea. He lives in New York City.