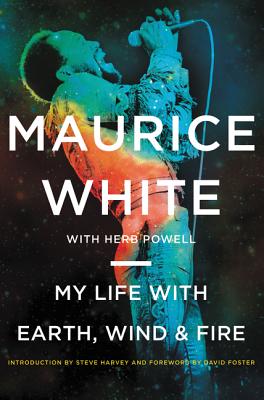 The late Grammy-winning founder of the legendary pop/R&B/soul/funk/disco group tells his story and charts the rise of his legendary band in this sincere memoir that captures the heart and soul of an artist whose groundbreaking sound continues to influence music today. With an introduction by Steve Harvey and a foreword by David Foster.

"To the readers of this book you need to know that EW&F is simply the greatest living group in my lifetime. No one put together lyrics to a melody like they did; no one put harmony to sound and rhythm like they did; no one added horns in the way that they did and no one, but no one messed with our minds about love and life like they did. . . . EARTH because they grow on you; WIND because it moves you in one loving direction and FIRE because they consume your heart in a single flame of love."—Steve Harvey

With its dynamic horns, contrasting vocals, and vivid stage shows, Earth, Wind & Fire was one of the most popular acts of the late twentieth century—the band "that changed the sound of black pop" (Rolling Stone)—and its music continues to inspire modern artists including Usher, Jay-Z, Cee-Lo Green, and Outkast. At last, the band’s founder, Maurice White, shares the story of his success.

White reflects on the great blessings music has brought to his life and the struggles he’s endured: his mother leaving him behind in Memphis when he was four; learning to play the drums with Booker T. Jones; moving to Chicago at eighteen and later Los Angeles after leaving the Ramsey Lewis Trio; forming EWF, only to have the original group fall apart; working with Barbra Streisand and Neil Diamond; his diagnosis of Parkinson’s; and his final public performance with the group at the 2006 Grammy Awards. Through it all, White credits his faith for his amazing success and guidance in overcoming his many challenges.

My Life with Earth Wind, and Fire is an intimate, moving, and beautiful memoir from a man whose creativity and determination carried him to great success, and whose faith enabled him to savor every moment.

Maurice White (1941—2016) worked in the music industry for more than forty years as a bandleader, songwriter, producer, and musician. He founded the legendary group Earth, Wind & Fire and served as its main songwriter and record producer, and as its co—lead singer. White won six Grammys and three NAACP Image Awards, and was inducted into the Rock and Roll Hall of Fame.

“[A] powerful and substantial memoir… The book is more than a chronological tale of a career; it’s a quest for meaning… The memoir captures a life of determination, positivity, and success tempered by depth and humility.”
— Publishers Weekly

“My Life with Earth, Wind & Fire is the candid and intimate odyssey of a man whose music and ideology continues to have an immeasurable influence on artists and audiences worldwide.”
— Philadelphia Inquirer

“[The] musical elements [of Earth, Wind & Fire] would not have existed without the singular drive of Maurice White. And his words here provide one magical, mystery tour.”
— Houston Press